A farmer in Co Monaghan has been convicted of allowing silage effluent to enter a local river, following a prosecution taken by Inland Fisheries Ireland.

Thomas McEnaney from Ardragh in Carrickmacross pleaded guilty to the charges brought against him.

He was subsequently fined €400 and costs of €5,273 were also awarded against him.

At Carrickmacross District Court on the 23rd of May last, Judge Raymond Finnegan convicted Mr McEnaney of a breach of the Fisheries Acts for allowing silage effluent to enter a watercourse.

Ailish Keane, Senior Fisheries Environmental Officer told the court there was evidence that the silage pit was not fit for purpose when it was inspected. 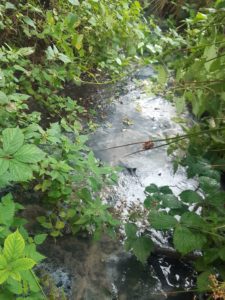 She said effluent was escaping through a surface water system and into an open watercourse.

That effluent, the court was told, polluted a tributary of the Annalee River in the Erne River catchment.

Meanwhile, Inland Fisheries Ireland is appealing to the farming and agricultural community to ensure that silage pits are fit for purpose and are regularly checked as part of a concerted effort to prevent accidental runoff to rivers and lakes.

Dr Milton Matthews, Director of the North West River Basin District with Inland Fisheries Ireland, said that good water quality status in the country’s rivers and lakes was “vital” for the preservation of healthy fish stocks and the aquatic habitat.

“Silage effluent is a highly polluting substance which can have severe and long-term impacts to aquatic ecosystems due to de-oxygenation and nutrient enrichment,” he continued.

“Streams, rivers and lakes are particularly prone to any silage effluent discharges which may occur during the summer months when water levels are low.

“This can result in major fish kill events.

“Regular inspection and maintenance of silage pits and slurry storage facilities is essential to ensure that accidental leaks or overflows are prevented.

“Inland Fisheries Ireland is appealing to the farming and agricultural community to ensure that silage pits are fit for purpose and are regularly inspected and maintained so that we can ensure Ireland’s water quality, fisheries and aquatic biodiversity are protected."

Members of the public who wish to report suspected cases of water pollution are encouraged to telephone Inland Fisheries Ireland’s confidential hotline on 0818 34 74 24.

Sign up now to keep up to date with the latest news.